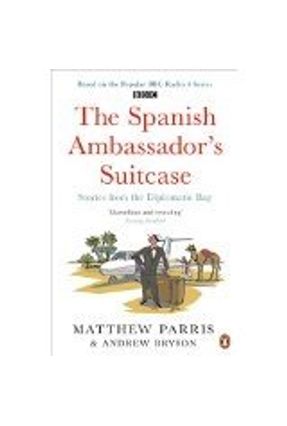 Heard the one about the Spanish Ambassador who arrived in the scorching Saharan desert fully suited and with a mysteriously enormous suitcase? Or the horse they gave Prime Minister John Major in Turkmenistan - which hapless embassy officials had to rescue from the clutches of the Moscow railway? These and other 'funnies', as they are known in Whitehall, are included in Matthew Parris' and and Adnrew Bryson's glorious new volume of not so diplomatic writing, which accompanies a new BBC Radio 4 series is a follow up to their acclaimed collection of ambassadors' final despatches, Parting Shots.
BAIXAR
LEIA ONLINE