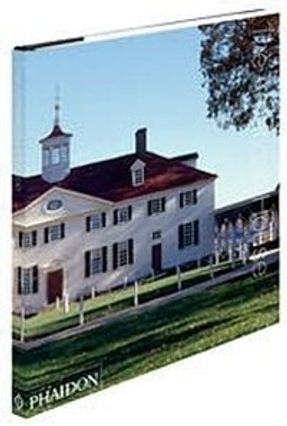 The American House covers houses and domestic dwellings in the United States from 1000 to the present day. This illustrated reference book features examples ranging from the Blackfoot Indians' iconic Tipi dwelling to contemporary buildings which mark the latest developments in American design and construction. Like Phaidon's bestselling title The House Book, The American House is very accessible and easy to use. It presents a balanced selection of the hundred best and most important houses in the United States. Each house has been selected for its architectural merit, innovative design, and contribution to the history of American domestic architecture. The selection spans history and covers all key house styles in American architectural history, ranging from the nineteenth-century Stick style and Federal houses to New Urbanist houses of the 1980s and 90s, as well as contemporary builds by today's leading architects, including Steven Holl, Rural Studio, and Rick Joy. Other examples include early twentieth-century Prairie-style houses of the Midwest and International Style icons of the great modernism era, such as Philip Johnson's Glass House (1949). The selection also covers regional styles, such as the Palm Beach houses of Florida and 'Painted Ladies' of San Francisco, as well as lesser-known national treasures like Biltmore (1889-95), the largest private house ever constructed in the United States. Many national favorites are featured, including the White House (1814-29) and the home of Mark Twain (1874). Styles represented include the farmstead home, the log cabin, the plantation house, the saltbox, the brownstone, and even the mobile home. Eachentry consists of a full-page image with an accompanying text, detailing the house's historical and architectural significance. The book is organized chronologically, so readers can trace the development of the house from traditional styles to the visionary ideas of today's architects, by way of quintessential American ideas like the Airstream trailer (1947). The chronological sequence positions each house within the architectural canon, but it also offers surprising juxtapositions. The traditional log cabin of John Davis's Pioneer Farmstead (ca. 1830) sits next to the Federal grandeur of Roosevelt's New York home, Springwood (1826-1915), while Michael Reynolds' New Mexico Earthship (1996) appears alongside Tod Williams and Billie Tsien's breathtaking postmodern New York townhouse. The book also features a glossary of terms and movements, a directory of houses open to the public, and an index. The American House is a practical resource and an easy-to-use guide, unique in its appeal to both the general reader and the practicing architect.
BAIXAR
LEIA ONLINE

This style of the house is called "French Colonial" because it was a popular design used by the Canadian and European French as they colonized the lower Mississippi River delta. House vs. Home: New book revisits Frank Lloyd Wright's work through the lives of its inhabitants.

Synopsis: When considering where things have gone wrong with the American house, editor at large Kevin Ireton says that accessibility to inexpensive fossil fuels led us astray. The most famous, and most successful, was the American House on Main Street. Established in 1853, the American House was a landmark of Franklin Square.