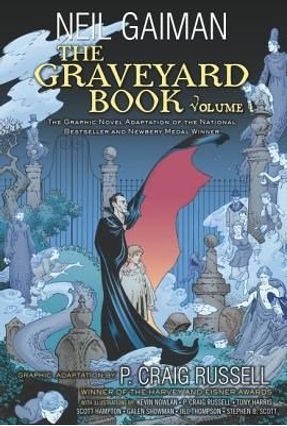 Each chapter in this adaptation by P. Craig Russell—now combined into one splendid volume—is illustrated by a different luminary from the comic book world, showcasing a variety of styles from a breadth of talent. The Graveyard Book Graphic Novel: Volume I Neil Gaiman, adapted by P.